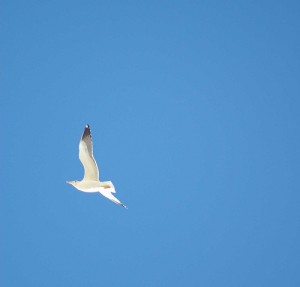 I’ve received Hackers and Painters two days ago. It’s a collection of some essays by Paul Graham. One chapter named “Good Bad Attitude” deals with attitude of hackers (both destructive and constructive).
In general the term “hacker” it mutilated by media, now referring to a 15 year of boy who’s destroying websites. In the open software movement or generally spoken in software development a hacker is a great programmer.
This essay is full of great observations. I’ll begin with the disobedience.

“Those in authority tend to be annoyed by hackers’ general attitude of disobedience. But that disobedience is a byproduct of the qualities that make them good programmers. They may laugh at the CEO when he talks in generic corporate newspeech, but they also laugh at someone who tells them a certain problem can’t be solved. Suppress one, and you suppress the other.” — Paul Graham

The main idea behind this quote is that a hacker will question some main ideas or concepts. “He will never grow up. He’s a rebelling teenager with 38.” Sure, like Descartes, Max Planck or Copernicus. Each of them questioned an existing idea or concept. This is the path to innovation. Innovation alters the market, humans and science.

It’s an opportunity for startups. They don’t have so much bureaucracy and tightened hierarchy. There are enough examples: Google, Apple, Microsoft, IKEA or Starbucks.
They’ve questioned current concepts and innovated them with a new search engine algorithm, an new way for selling furniture or an new feeling buying coffee.