I saw on Hacker News a neat website posted called (http://www.sopaopera.org/). The comments stated some hypothesis, e.g. that donations of entertainment and internet companies predict the support or opposition of the SOPA bill.
The data is directly from sopaopera.org which itself aggregates it from various sites.

After cleaning the data and importing it into Stata. I looked through it and plotted this box plot which shows how much contributions each group got by entertainment companies in comparison to entertainment and internet company contributions. 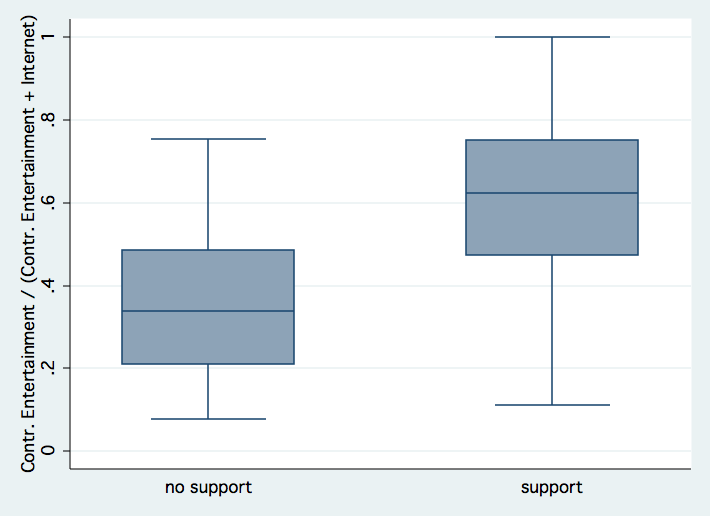 In case you don’t know how to read such plot. The thin bars indicate min and max values and the blue box indicates how many people are between the first and third quantile, i.e. 25% to 75% of the population. The line in the blue box shows the median. 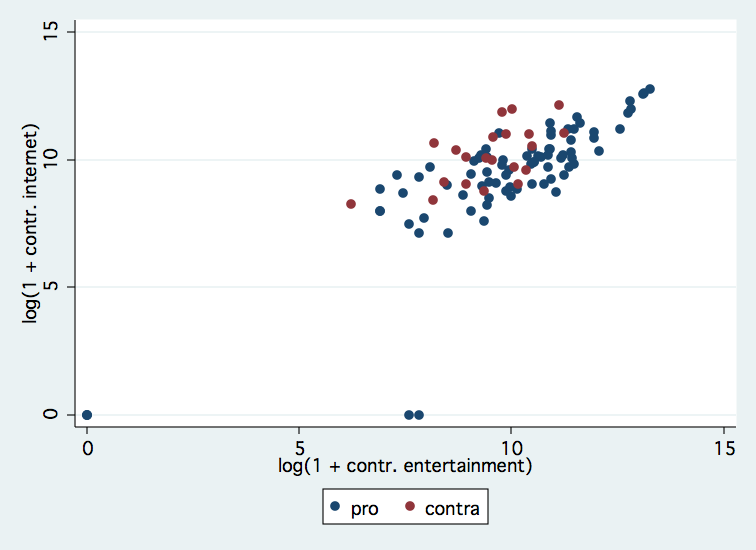 The next step is to do a logistic regression to check the prediction quality of each attribute. I regressed with age, party (is_democrat), seniority and quota of entertainment contributions (quota_ent). You can see the results:

We can see that is_democrat and quota_ent are significant not zero whereby quota_ent is the most significant. This isn’t so much of a surprise.