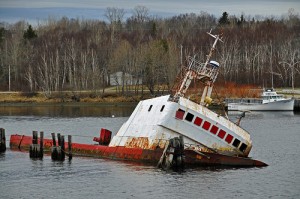 A hour ago someone posted on hacker news about this course at UC Berkeley.
You can find the slides and the videos from last year or slides only from this year. The material looks pretty basic but covers data preparation over two weeks which is quite rare but really important.
Coming from a university that basically ignored everything which wasn’t academic, two things stand out.
Firstly, there are guest lectures from people from Google, Optimizely, Yahoo, etc and their lectures are generally quite interesting.
Secondly, the freedom in choosing the final projects is awesome. You can choose freely some data sets which interests you and play with it. There was a wide variety of data from Youtube, Last.fm, basketball to Yelp.

Generally, I think that this is a pretty good intro course into this topic. Most universities try to over-theorize such basic courses and talk in my opinion too much about maths and too little about data gathering and EDA.

Also there was a particularly good comment in the hn thread: If you want to know how we think, feel and experience happiness, Daniel Gilbert is your person. He explores how happiness is influenced and how we make decisions.

Uncertainty makes you happy: You probably wouldn’t think so. I’m happier if I know that I will have my job tomorrow than being uncertain about. Actually, no. People are happier if they don’t know what will happen. If something haven’t happened yet, we often overestimate it. Therefore we feel more happy because of the opportunities that can be. You could say that we are natural optimists.

Falsification and Approval: That’s an interesting observation which you can observe in nearly every discussion. If you want a theory approved, most time a single piece of evidence is sufficient. However, if something tries to falsify your theory, you will probably demand many pieces of evidence. This is a natural behavior which is quite rational. If you would check every assumption everyday you wouldn’t doing much more.